For the last couple of years, Igalia has collaborated with Raspberry Pi to create an open source Vulkan driver for the GPUs included in Raspberry Pi 4 computers. This driver is available as part of Mesa and developed fully upstream.

It’s only been a year and a half since we announced our driver had achieved full Vulkan 1.0 conformance from the Khronos Group but today we are happy to announce the driver has already achieved Vulkan 1.2 conformance. All the changes required for this have already been merged in the upstream v3dv Mesa driver and will eventually be available in future Raspberry Pi OS updates. You can find more information in the Raspberry Pi blog.

Aside from Vulkan 1.2 core functionality, we have also been adding support for various other extensions, some of which are core in Vulkan 1.3, as well as many bug fixes and performance improvements. We continue to work on improving Vulkan support for Rapsberry Pi 4 so stay tuned for future updates! 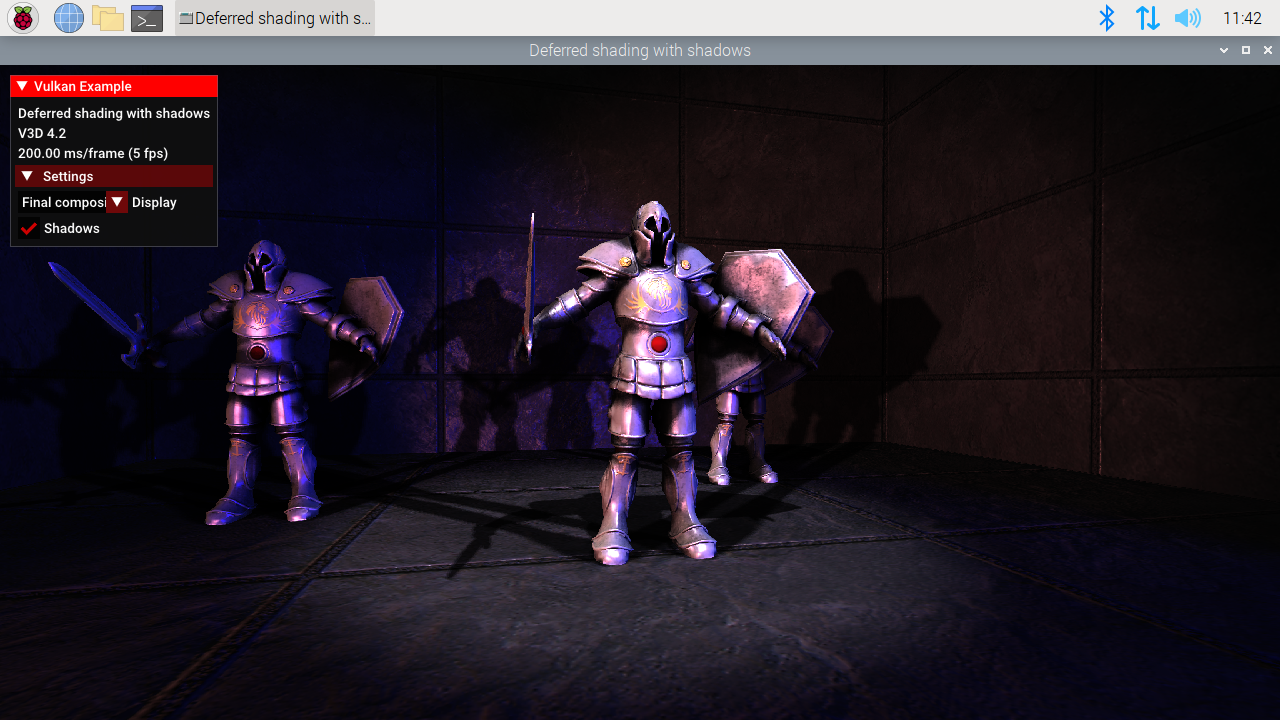